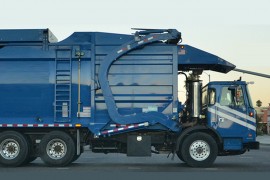 “It was very emotional. Jurors were crying. There were tears in my client’s eyes,” said Shannon Polk, Luri’s attorney.

“As the work force gets older because of the population, it sends a strong message, issues pertaining to age discrimination will not be tolerated,” Polk said. Read the full story or watch the video (courtesy Tom Beres / WKYC-TV) »

The Common Pleas Court jury awarded Luri $3.5 million as compensation for his lost wages as general manager of Republic’s Cleveland division, and $43.1 million in punitive damages as punishment for the company’s treatment of Luri.

The jury awarded Luri $3.5 million as compensation for his lost wages as general manager of Republic’s Cleveland division. The jury also gave him $43.1 million in punitive damages. The jury also ordered Republic to pay Luri’s attorneys’ fees, which could run into the millions of dollars.

“In this area and in this country, we have a work force that is getting older. … This sends a message to the company that if you’re looking to restructure and elimination positions, age isn’t a factor,” Polk said. Full story »

A general manager for waste collection company Republic Services Inc. who was terminated after he refused to fire his three oldest employees has been awarded $46.7 million by a Cleveland jury.

Ronald Luri claimed in his lawsuit that the company’s area president told him in October 2006 to fire the employees, all of whom were about 60 years old and one of whom was disabled. Luri objected, saying they were all good performers and that firing them would constitute age and disability discrimination. Full story