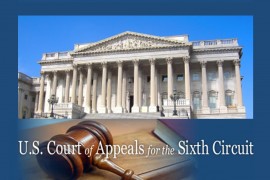 In order to establish claims for retaliatory discharge, employees must, among other things, show that they engaged in “protected activity” and they were terminated as a result. It is well recognized that employees do not need to file formal complaints in order to engage in protected activity – instead, it is the simple assertion of statutory rights that triggers protection under statutory anti-retaliation provisions. In Fox v. Eagle Dist. Co., Inc., __ F.3rd __, 2007 WL 4355184 C.A.6 (Tenn.), 2007, the United States Court of Appeals for the Sixth Circuit limited what it means for one to “assert statutory rights” within the context of retaliation claims.

James Fox filed an age discrimination lawsuit against his employer, Eagle Distributing Co., Inc., but he continued to work for the company. Following a customer complaint about Mr. Fox during the pendency of his charge, Mr. Fox was disciplined and a written warning was placed in his file cautioning him that future customer complaints could lead to termination. Shortly thereafter, a customer informed Mr. Fox’s supervisor that he had been “very vocal” about his case against Eagle Distributing and that he had made statements about “how upper management [was] out to get him” and “how they prevented him from becoming a pre sell rep.” Eagle Distributing interpreted the customer’s report as a complaint and terminated Mr. Fox as a result. Consequently, Mr. Fox brought a claim of retaliatory discharge, claiming that he was illegally terminated for discussing his discrimination case, which amounted to protected activity.

The Sixth Circuit further explained that, in order for Mr. Fox’s statements to constitute protected activity, he must have referenced alleged acts of age discrimination, which by his own admission he had not. Instead, in his comments to the customer, Mr. Fox had merely referenced his legal action, told her he had not received a promotion, and expressed his belief that “management was out to get him.” Despite the fact that Mr. Fox’s lawsuit alleged discrimination, his comments had not specifically referenced alleged acts of age discrimination.

For employers, this decision in some ways creates a line in the sand in an otherwise grey area – dealing with an employee who has a pending discrimination case against the company. It reaffirms the notion that employees who file lawsuits should be treated just like employees who have not. However, the reality remains that employers should proceed cautiously when dealing with employees with pending litigation because the distinction between discussing a case and referencing discrimination might not always be as easily drawn as it was in this decision.